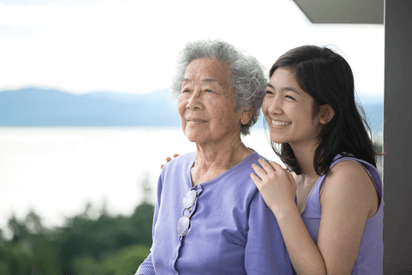 The mental capacity laws can be divided into three different eras, which include pre-1965; 1965-2007 and 2007 onwards. English common law governs the significant laws and legal systems of Singapore. Before independence or pre-1965 era had the British rules completely in place but after the liberation, amendments have been made in the mental capacity Act Singapore, which helps in incorporating the new changes and impacts in the system.We’ll cover a broad overview of the Mental Capacity Act Singapore to make it more transparent for you.

Purpose of this Act:

This act was introduced in 2010 with an intention to judge the mental capacity of the parties entering the contract and hindering the incapable individuals from entering any contract.

How to judge the mental capacity of an individual?

In order to judge the mental capacity of an individual, the following statuary principles have been provided by MCA Singapore. We are highlighting them so that you can have a better understanding of how the law sees the mentally incapable individuals.

Assessment of the mental capacity:

While assessing the mental capacity of the individuals under the MCA, a doctor is appointed. The doctor is usually told about the context and scenario, which is under consideration for the declaration of the mental capacity. This is done to ensure that doctor undertakes the examination while being fully aware.

There is a set criterion highlighted in the Mental Capacity Act to help the doctor in finalizing the decision. This criterion can be remembered by mnemonic “CRRC,” which is being highlighted below:

With these criteria in mind, the doctors are expected to analyze the mental condition of the patient and make the decision

Challenges in determining the mental condition:

In some cases, the mental incapacity of the individual could be temporary. It can be because of a trauma or certain medication. It is a challenge for the doctor to find out if the incapability is permanent or if there are chances of recovery of the individual before declaring him/her incapable.

There are chances that a person could be making the unwise choice, even if all the information is clear. In such a situation, it is a challenge for the doctor to differentiate between the incapability of making a decision and making an unwise decision. In the eyes of the law, the rash decision is not included in the mental incapability definition.

The best interest principle should be employed in making a decision when a person is declared mentally incapable. If the patient or the court has not already nominated an individual to make the decision, then the doctor is to make this decision keeping this principle in mind.

Usually, the preference and values of the patients are accounted for before making the decision. In some cases, opinion about the likes/dislikes can be taken from relatives and family members. Furthermore, a second opinion from another consultant or ethics committee is ensured to see that the interests of the individual who is being declared incapable are fully protected.

With this Mental Capacity Act Singapore in practice, the rights of the mentally incapable have been tried to be protected. In case you need further information regarding the act or facing any specific situation on which you need a legal opinion, then you can get in touch with us, and we can help you by analyzing the case legally.

If a person meets one or more of these following criteria, he is not considered to be mentally capable of making a decision for himself:

The Mental Capacity Act in Singapore is used to protect individuals who lack the capacity to make a sound decision from abuse or exploitation. A person (donor) will plan and appoint a representative (donee) to make decisions on his behalf when the need arises. The law will respect the choices and decisions made by individuals who have mental capacity. The court can make declarations whether the decisions were made in the best interests of the person who lacks capacity.